There’s a bit of a common pattern for designing new and innovative online learning environments1, to make it game-like. Or, most often, to look game-like. Which often means “make it look kind of retro-y and vintage-y so I can pretend it’s something kind of sort of like a game and hey presto we’re innovating already!”

It looks interesting, in that it brings a sense of spatial relation and informal interaction between participants, but yikes does it look like it has scale issues. A room full of under a hundred participants looks kind of… busy. There’s no reason to implement that in software.

Ron Amadeo, in Ars Technica: Google’s I/O Adventure was almost as good as being there:

The booths are laid out like at a real trade show, advertising new features and APIs that developers might be interested in. You could walk around and get links to YouTube videos and blog posts, and some items were handed out via quizzes that challenged your knowledge of the new announcements. Part of how Google gamifies real-life trade shows is with collectibles that help guide people through a show and get them to visit booths they otherwise wouldn’t be interested in. The same process works in the virtual world: users want all the items, so they end up in booths that they otherwise wouldn’t step foot in. You could look at a webpage full of links and get all the same information, but I/O Adventure is more of an information discovery system that happens while you’re playing.

Attendees have to grind through the environment to discover content. They might miss things, but hey, it’s a game! The most game-y part of the experience is the mini-games, that are basically separate from the Conference Proper. You get to play some mini golf, and if you complete a couple of holes you get awarded a virtual golf club trinket that you can carry around the conference with you.

If you look at the underlying game mechanics of the I/O Adventure, they’re kind of non-existent. Attendees get to move between areas in the conference venue. They get to watch pre-published content. They get to collect swag. They get to see other participants and even talk with them. They can gather in groups. Kinda. Sorta. 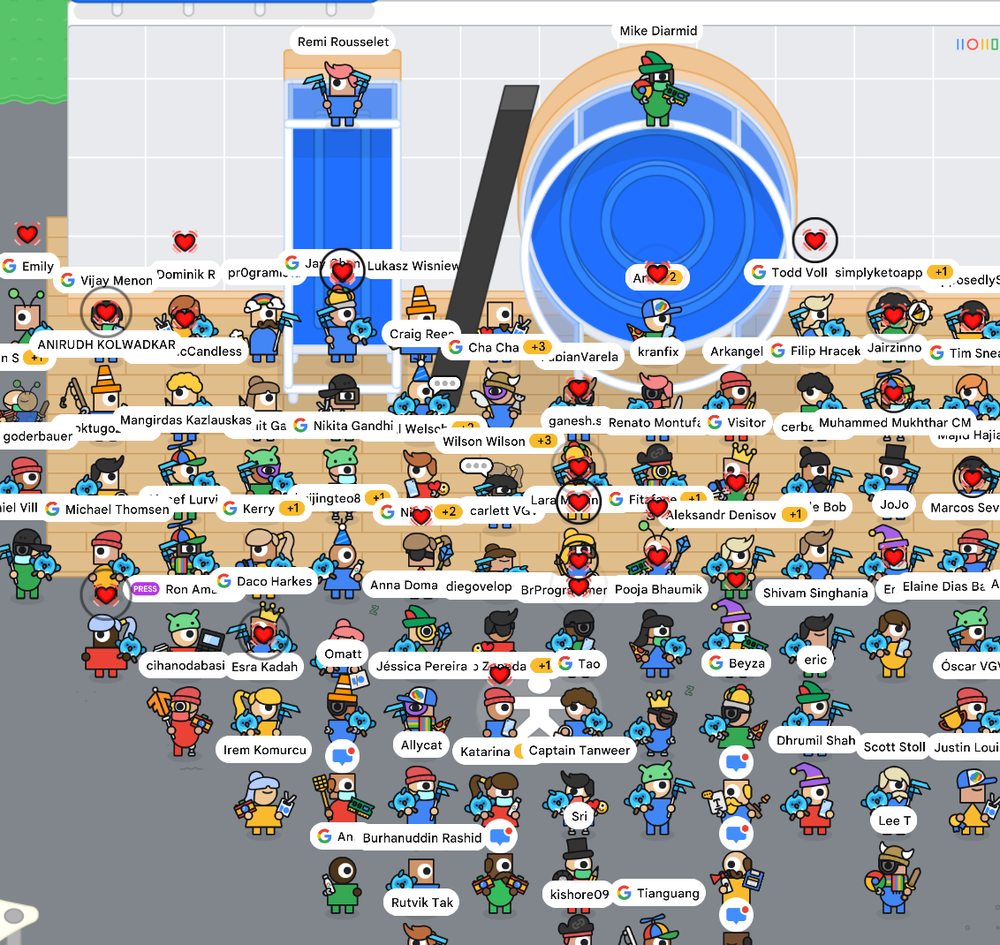 I mean. Is there any reason to implement a “crowd” like that? Obscuring nametags, pushing people into rows, etc. I get what they’re trying to do, in recreating an environment like Ultima or Zelda, but yikes.

I logged into I/O Adventure as a guest to check it out. It was after the conference had ended, so I didn’t get the full experience, but I got to walk around between venues. I golfed. I collected swag. I got lost. I had to find my way around crowd-control barriers. There is some real potential here for the informal Conference Experience™, but also the risk of re-implementing the worst parts of a large conference venue. Bus stops, in an online conference? Cute, but… 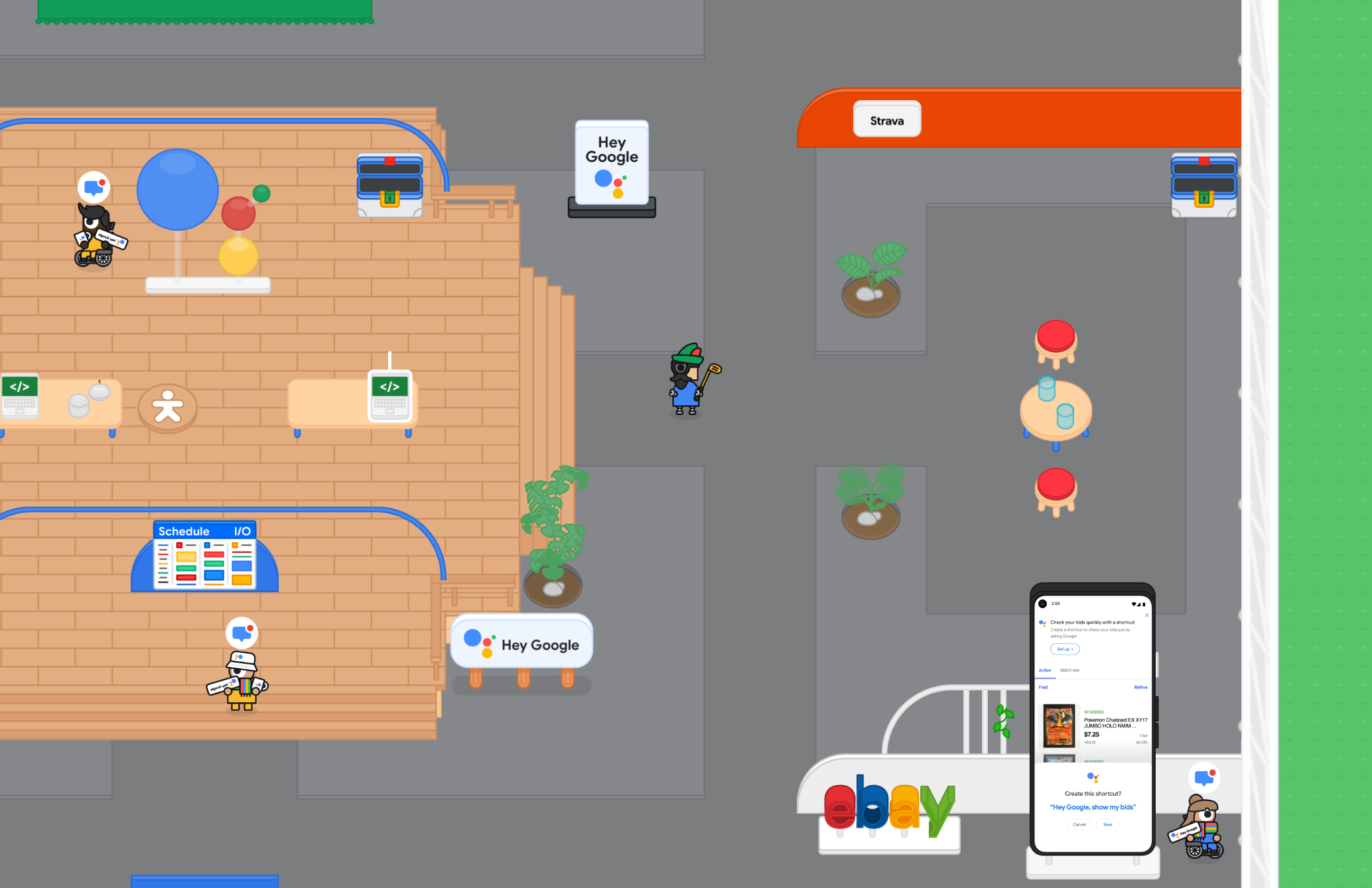 Me, exploring Google I/O, complete with a virtual golf club I won by playing virtual mini golf for some reason and a hat I picked up somewhere because hey it’s a video game or something

Our own 2021 UCalgary Conference on Postsecondary Learning and Teaching was hosted on CVent and Zoom. 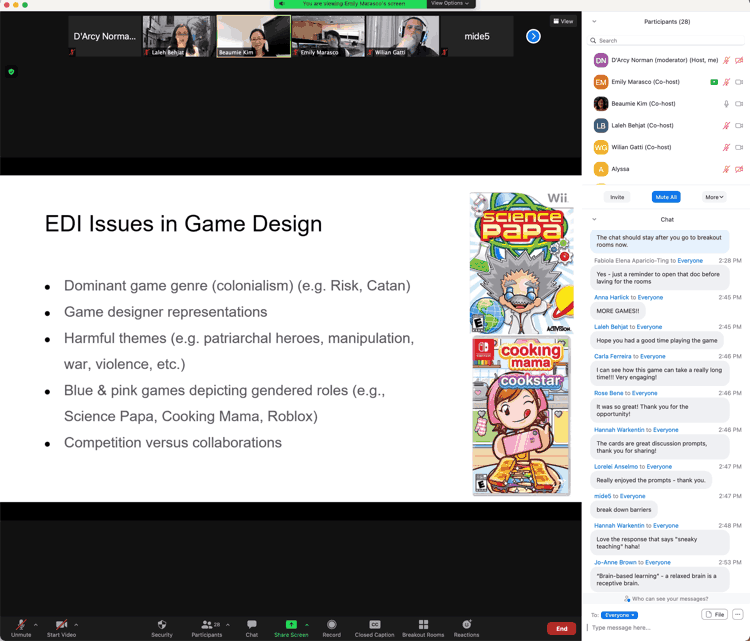 The interface is pretty different from Google’s game thing, but the underlying “game” mechanics of our CVent+Zoom conference environment are basically the same as the Google I/O Adventure. Participants can move between sessions. They can see each other. They can chat. They can watch pre-recorded content (that’s how the poster sessions were run), and they can participate in live sessions with actual humans. The only things we missed out on were mini golf and digital conference swag.

a (brief and abridged) history of social video-game-like environments

Seymour Papert’s work in developing the LOGO programming language kind of kicked this whole thing off. Learning about algorithms and programming by just playing around - together - and exploring and experimenting and iterating and sharing. Sure, it wasn’t technically a video game, and not directly social, but a bunch of kids sitting around a screen hacking out code and laughing about what comes out? Sounds like a social video game to me.

Video games as environments go way back to PLATO. PLATO was still around in 1987 when I started my undergraduate degree. That’s staying power. Sure, the game parts were crude, but there was a lot of development effort behind PLATO, and a full software ecosystem built up to share software (and games) for teaching. And the things were networked, so there was also some basic social gaming stuff going on. 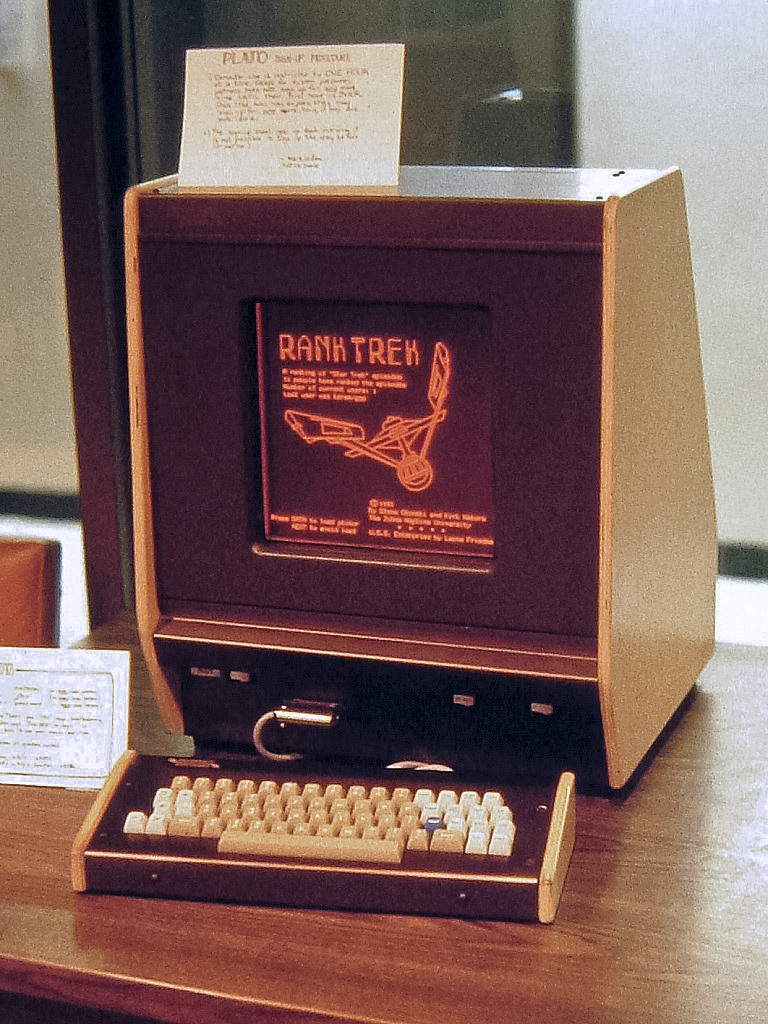 Multi-User Dungeons (or Domains, depending). MUD (Object Oriented). Arcade acronyms that boil down to “text based game environments that people can explore together”

The kind of thing that happens when someone says “Sure, Adventure and Zork are fun and all, but what if they took place in a chemistry lab?” or something.

J. Olivetti did a fascinating piece on MUDs in Engadget.

Sure, it’s not a “learning environment”, but why not? Everything in Habbo Hotel has been recreated in subsequent game-like environments. It had some seedy areas as well, and griefers. Things that would also soon be recreated in Second Life…

I mean. 21 years later, one of the biggest company on the planet basically recreated Habbo Hotel as their official conference platform… 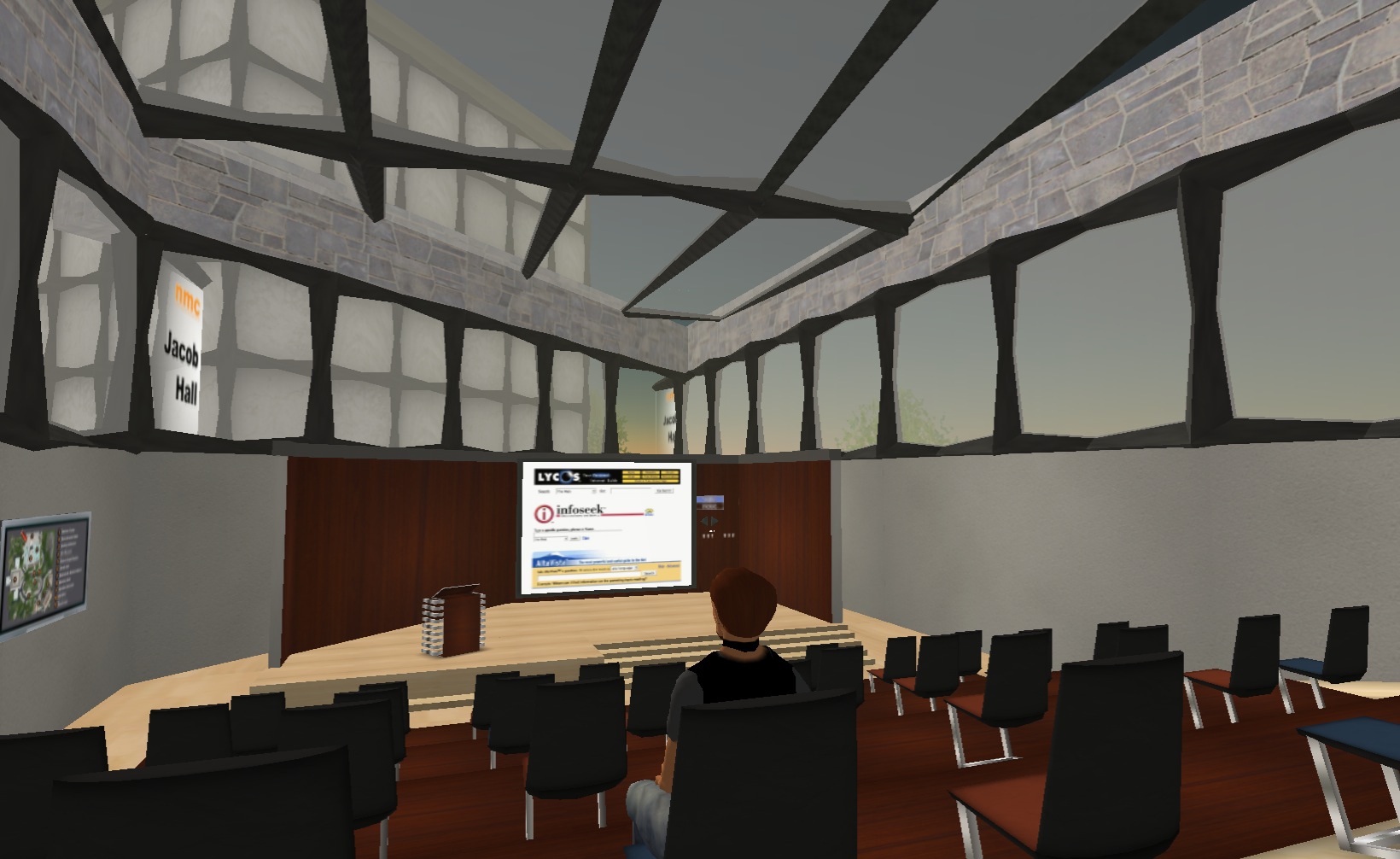 IT’S GOING TO CHANGE ONLINE LEARNING! THIS IS THE FUTURE! let’s create a classroom so we can watch powerpoints together.

The multiplayer servers for Minecraft allow dozens (hundreds?) of people to explore the same space. The difference is that Minecraft is a lego-like building tool, so people are able to collaboratively build structures within the game-like environment. 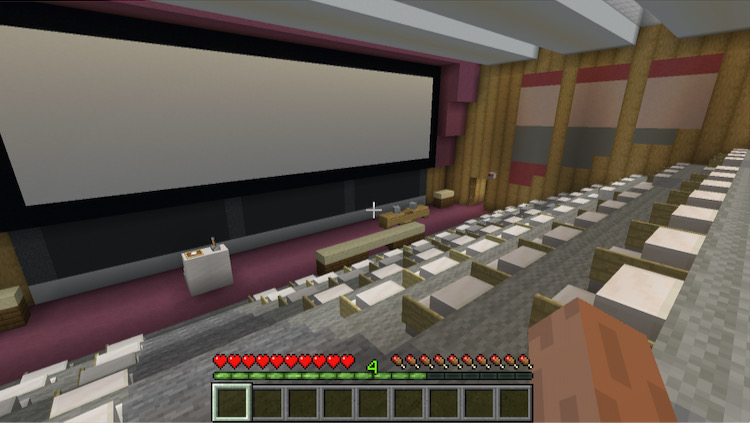 Zoom launched back in 2012, but really took off in March of 2020, when everybody on the planet started using it because of the pandemic. 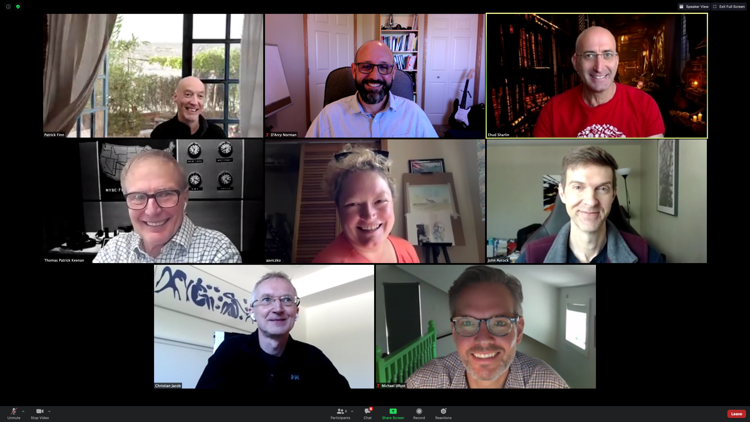 Sure, it’s not a game environment per se, but all kinds of game-like activities take place.

At the basic level - an environment where people (known and anonymous) can gather in a space and share audio, video, text, interact with each other, and set up areas within the space for separate activities? Those are patterns that are seen in video game environments.

And D2L has been doing some interesting work with game design tools. We don’t have the Engagement Plus package as part of our campus license, but I’ve been tracking their game design tools since they were announced at Fusion in Nashville back in 2014. This has the potential to actually use game mechanics for teaching and learning, not just in a cosmetic sense. (it also has the potential to just present shiny “interactive” navigation through course content under the guise of “it’s a game!” but that’s a design issue rather than a technology issue) 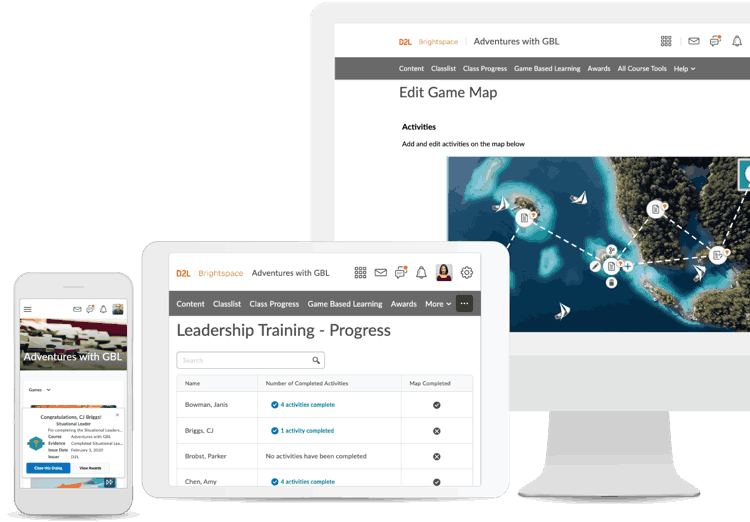 For this, it looks like it’s single-player games (with a leaderboard) rather than a social game environment - but it wouldn’t be too much of a stretch to implement this with cooperative or collaborative game mechanics to incorporate social interactions…

Hubs has a lot of potential - an open environment, where anyone can create a space and populate it with 3D objects. And where any number of people can move around the space and interact with each other and with the environment. This is, I think, kind of what people wanted from Second Life, without the grossness and LindenBucks nonsense.

Inspace is a 2D spatial chat/videoconferencing/meeting tool built by a team that started at Champlain College. It lets participants move between regions in a space to interact in smaller groups. Kind of like a Zoom meeting’s breakout rooms, but with visibility of all rooms in a space. Switching between rooms is done by moving your on-screen avatar icon, rather than just selecting a new breakout room from a list. Is that fundamentally different? Does that enable game-like interactions? It’s shiny, though. 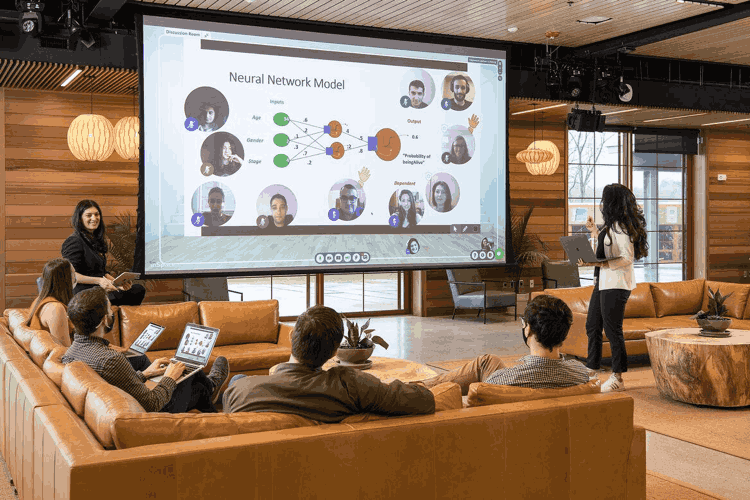 Their features list is mostly interchangeable with Zoom’s. But interface matters, and providing a more fluid way for participants to move around in a space and to interact with each other could be an important addition.

Spatial looks interesting, in that it tries to push further into 3D shared experiences. Shared VR and AR environments have a lot of potential, but they’re so far from being mainstream or even just widely available that they’re stuck as niches for now. Goggles? Headsets? ugh.

First, I realize I sound cynical and snarky and that I clearly just hate fun. Not true, unless you talk to my son. Anyway. I’m excited to see people playing with design again. Trying things - even if they aren’t “productive” - having fun with designing environments that support collaboration and interaction and even just goofing around.

Where to go from here? I mean, looking at the If only someone was working on a dissertation that looks at using the concepts from video games to design learning environments… if only…