I think I may need to stop having a “work” section for these. So much of the work recently has been fundamentally unbloggable and would cause some pretty big issues if I even hinted obliquely at stuff. Which is an oblique hint to say that there’s a lot of stuff going on, but that I won’t talk about it on the internet for a number of reasons.

I’m still, a year into remote work, trying to figure out the best microphone setup for Zoom calls. I’d been using an Audiotechnica lav mic, which sounded pretty good but was fussy - I had to make sure I was wearing the mic, that the power was on, and then remembering to turn it off afterward and - more importantly - to remove it before walking away from my desk. I’d tried a Snowball mic, but just didn’t like it, and it took too much desk space. So, I’m back to using my el cheapo USB condenser Yeti-knockoff mic, mounted on an el cheapo boom stand. It seems to work well enough, but I need to be pretty close to the mic for it to pick up proper levels, which means part of the mic is visible on camera. Which is kind of dumb. 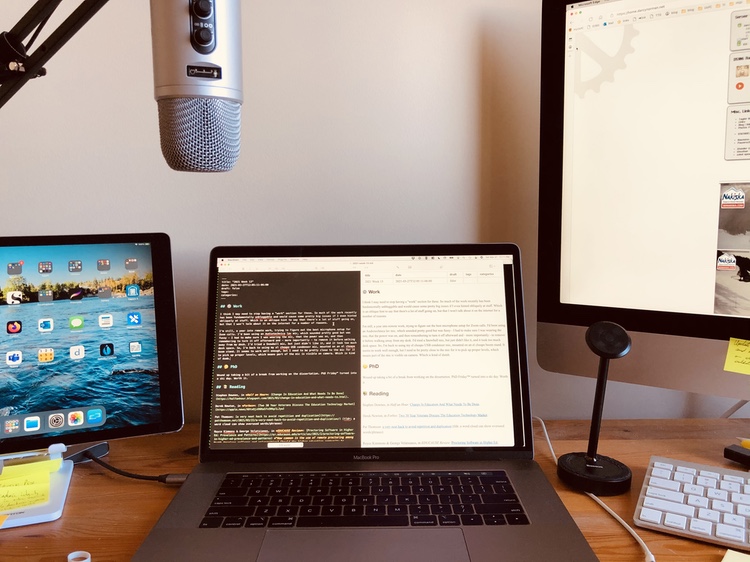 Wound up taking a bit of a break from working on the dissertation. PhD Friday™ turned into a ski day. Worth it.

Stephen Downes, in Half an Hour: Change In Education And What Needs To Be Done.

Royce Kimmons & George Velatsianos, in EDUCAUSE Review: Proctoring Software in Higher Ed: Prevalence and Patterns “How common is the use of remote proctoring among North American colleges and universities? Should the higher education community be concerned?” (we don’t use a proctoring tool, and have no plans to adopt one)

Tony Bates: Teaching during a pandemic: a longitudinal study, which points to…

Stephen Downes talks about an article by Tom Kuhlmann, on live closed captioning being baked into Chrome. Stephen thinks other browsers should include closed captioning as well. But I think that’s too limiting. Remember the rise of desktop publishing apps back in the 80s, when every application implemented their own printer drivers? Yeah. This is like that. If closed captions (and transcriptions) is important (and it is) it should be baked into the operating system so that all applications can use it. (and then, yes, each operating system needs to build it. but that’s simpler than every browser and every application having to knit it in separately)

So. That’s 2 articles from Velatsianos and another 2 from Downes. They’re both doing great work.

It’s the start of spring break for Evan, so we headed out to Nakiska for some spring skiing. I’m definitely feeling old and slow, but it was a great day. Maybe the last one of the season? 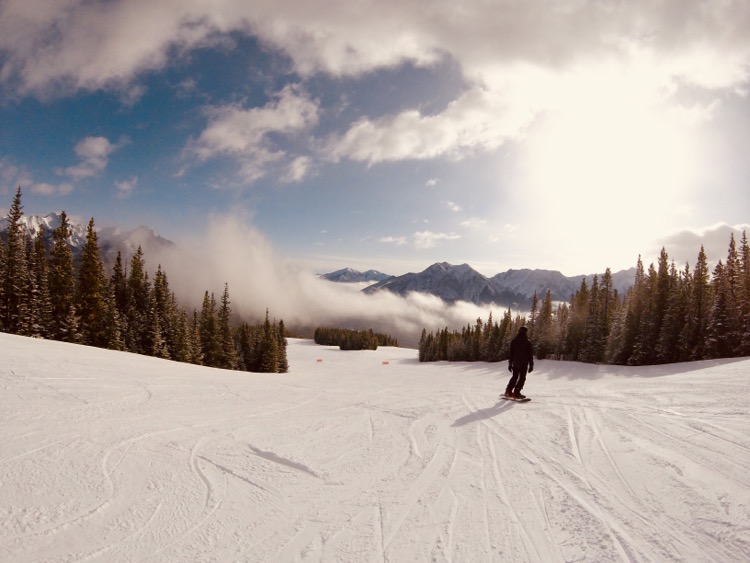 Yeah. Likely going to drop this section, too.