The Taylor Institute’s AV systems were designed to be incredibly flexible, able to adapt to changing requirements between (or even during) classes. That meant shifting from hardwired analog systems to fully digital media management to allow for software-controlled mixing and switching of signals.

What people assume, when they walk into a classroom, is something basically like this:

You show up, plug your laptop in, and it sends stuff to the projector. And other stuff to the speakers. Simple.

That’s an extremely oversimplified representation of the flow. There are many many many steps not shown.

This kind of design allows instructors and students to have an incredible level of control over the media in the active learning classroom. They can push a button in the software running on the Crestron panel on the podium, and route images and audio from about a dozen input sources to about that many outputs. When it works, it’s absolutely amazing, and it feels like living in a science fiction classroom of the future.

When something goes wrong, however, it can be an incredibly frustrating exercise in troubleshooting. Any of a few dozen steps between input and output could have gone awry. Often, troubleshooting these steps involves running to the separate IT floor (most of the audiovisual gear is installed on “mezzanine” floor, making it possible to work on the equipment without disrupting classes, but making troubleshooting during classes a bit of a pain because the gear isn’t physically in the room) and doing the emergency turn-it-off-and-back-on thing.

We had some fun on Friday, when the audio systems in the Forum stopped sending audio to the speakers at the beginning of a 2-hour class that was designed to rely on the microphones (audio), videos on the instructor’s laptop (audio), and a blu-ray movie (audio). So, three strikes right off the top. 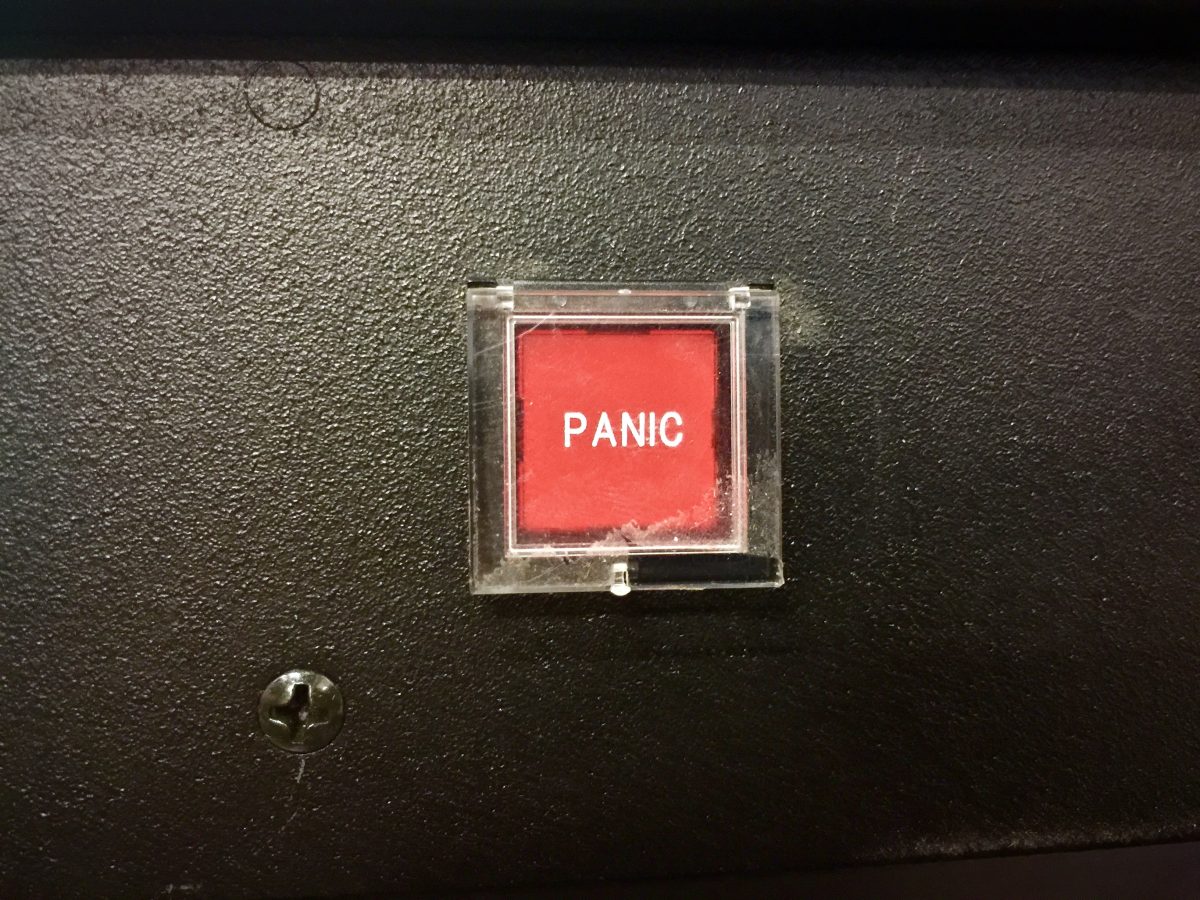 There had been a firmware update on a network switch a couple of weeks ago, and that apparently caused a problem that exposed a bug in the audio management software. Something about packet corruption, and network data being interpreted as audio and then being dutifully sent to the speakers. Which led to some incredibly loud moments as the giant speakers suddenly maxed out with white noise during a class. Not ideal.

Thankfully, we have a great relationship with the company that installed and configured the systems, and they sent their senior tech to try to troubleshoot (while the class was still in session - rapid response times!). After some serious head-scratching, he talked to one of the vendors and determined that it was a bug in the audio management software, and that there was a beta version of the software that solved that particular bug. So, he installed the beta (on our only production audio management hardware - what could go wrong?) and the problem went away. For now. Thankfully.