OK – this may be a bit out there, but I’ve got an idea for the HRI project, as a way to explore emotional context and connection with an audience.

J. Alex Boyd wrote a piece for McSweeney’s back in 2006, “Jokes made by robots, for robots.” Some profoundly unfunny jokes, unless they’re performed by a robot.

I’m thinking – I can have a human performer read the jokes as a stand-up comedy act, recording the performance in video. I can then use the video as source material (for movements, positions, gestures, timing), and reproduce the performance with a Nao robot (using the text-to-speech for the actual robot voice). I’m picturing the performance as being somewhat deadpan – in the genre of Steven Wright’s act.

The end result would be a robot standup comic, performing an act for an audience. This would be really interesting to see audience members’ reactions – were the jokes funny if performed by a robot? Maybe compare with the original human performance…

I’ve done some quick tests in Choregraphe, and I think it will give me the level of control I need to get the gestures and timing right. Stephen is happy to let me use the Collab Centre’s Nao – and the beauty of that route is that Choregraphe comes with a built-in robot simulator, so I can build the performance anywhere and just test it when I need to verify the performance by the robot. 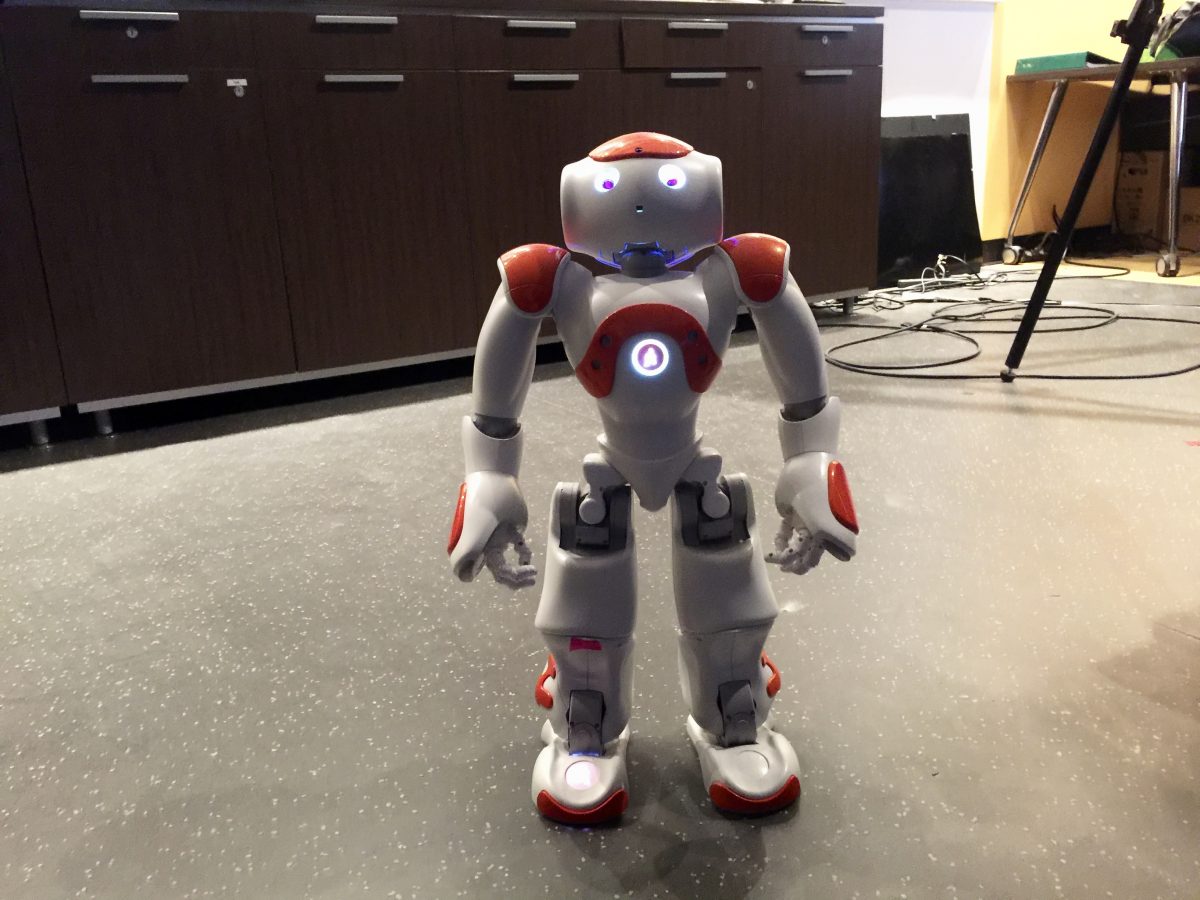