I've lived with RSS as a major source of information for over a decade. I've been using Shaun Inman's fantastic FeverËš self-hosted reader since 2009 or so. It's been a solid workhorse, and I've built quite a workflow around it. Shaun is refocusing his efforts on software that he uses himself, and is putting FeverËš and Mint out to pasture. That's a hard decision to make, and I admire him for making it. Since FeverËš is self-hosted, I could just keep using it until it eventually crumbles (as PHP updates around it, etc.) but I'm taking this opportunity to take a look at how I manage my feeds.

First, I had subscribed to too many feeds. Well north of 1,000. Which was handy for keeping on top of everything, but that's not something I care to do anymore. So, I exported my feeds from FeverËš, cracked open the OPML file in BBEdit, and started pruning. I'm now down to 161 feeds that are important enough to keep on top of. And some of those will likely be pruned to help with focus.

Next, how to manage the feeds? Self-hosted tools (other than FeverËš) are a bit clunky. I don't have the energy to battle with creaky software anymore. So, a tool hosted by an individual, organization, or company that doesn't suck. I was looking at Feedly and Newsblur. Both seem decent. Both integrate with Reeder on Mac and iOS. Christina suggested Newsblur. That recommendation is good enough for me. So I picked up a one-year license, and fed my 161-feed OPML file into it.

I'm going to give Newsblur some time - the UI is way different than what I'm used to with FeverËš, and I need to figure out how to rebuild parts of my previous workflow (like getting a list of the last 7 days' worth of saved items in Markdown format for pasting into my week-in-review posts…). And, it will take a week or so to build up content in the feeds I subscribe to. Right now, it's a lot of emptiness. Which is refreshing, but not interesting. 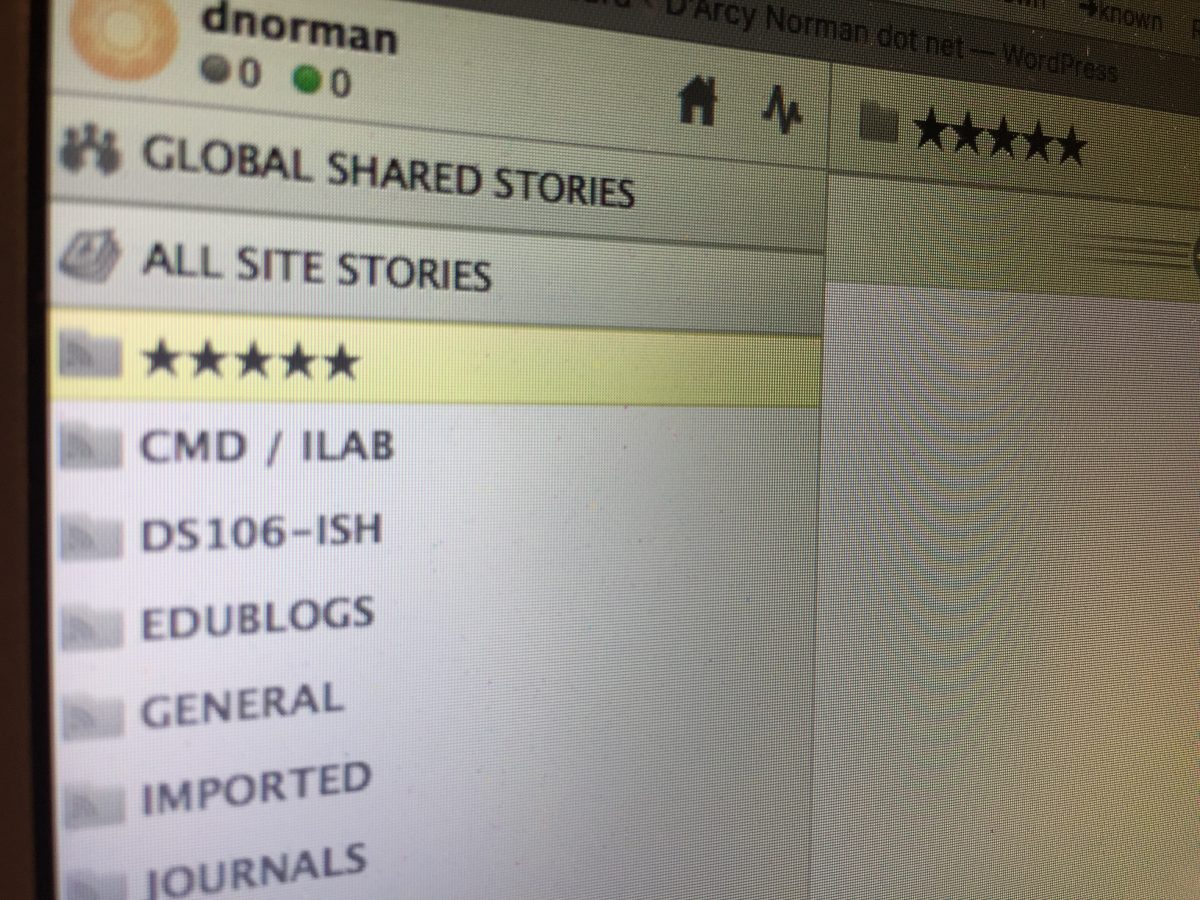