After deactivating my twitter and facebook accounts (again. again.) I was struck that most people don't seem to subscribe to RSS feeds anymore, relying on twitter and facebook for notification when content is published. Which means, on the one hand, I've muted myself because many people will no longer know when I post something (which may be for the better). On the other hand (actually, I guess it's the same hand…), it means that many people have completely abdicated control for their information to companies and their opaque/secret/unknown algorithms.

Platforms like twitter and facebook aren't the same as subscribing to an RSS feed. They tweak what you see. They adjust the order. They hide things or emphasize things. They are not in the information sharing business. They are in the advertising business, which means their number 1 priority is making sure you click on their links and stay on their platform for as long as possible. So, they play with the information streams to do that, rather than just giving you the raw information from feeds you thought you subscribed to.

So. If you're interested in reclaiming some sense of control over what information you access, RSS is still a thing. There are a whole bunch of applications of various types that you can use to subscribe to the raw RSS feeds from any site that still generates them (over 25% of the web is published on WordPress, which still generates RSS feeds wonderfully, and most other platforms do it at some level).

There are 220 other alternatives to Google Reader listed on AlternativeTo. Many are free. Many are trivial to set up and use. There really is no reason not to manage your own subscriptions. 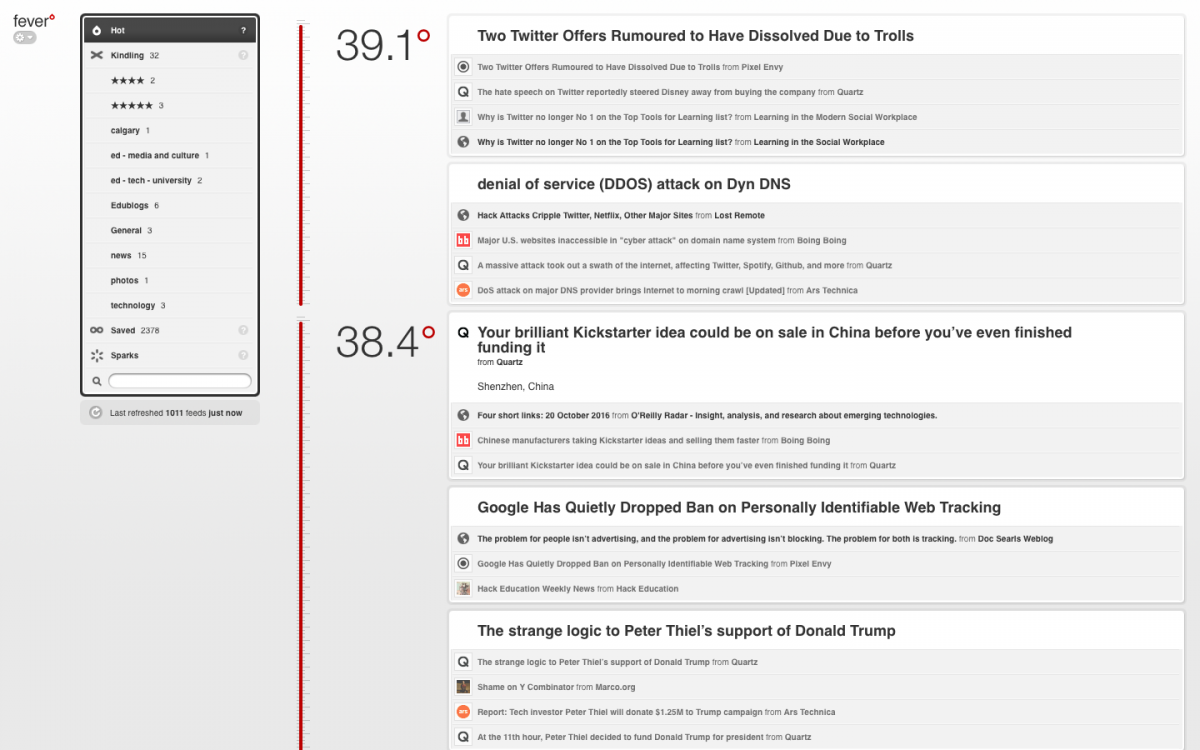