I’ve been without work email for almost a week, as a result of a rather large-scale malware incident that took many systems on campus offline. Many folks in IT have been working around the clock to restore hundreds of computers and systems, and I’m thankful for their efforts. It’s a heroic, thankless task, and they are likely getting some steam from people despite the fact that they’re working flat-out to resolve this.

But, it’s given me a chance to think about things. Having no email or calendar for nearly a week. Initially, I was really freaked out. I basically live in email. Everything is in there. It’s my living archive of things I need to remember, and I’d expected to be paralyzed without it. And my calendar has become my only way to cope with the constant stream of demands on time. If it’s not in my calendar, it doesn’t exist. Often, I’m booked solid all day every day, for the next couple of weeks1.

And, we are legally restricted from using non-university-provided email or calendar tools because we need to comply with data retention policies so that things like FOIP requests can be handled. If I spun up a separate work email/calendar account, FOIP requests wouldn’t have access to those, and there would be no institutional record.

So. No email or calendar for a week. And it’s been awesome. I still find myself occasionally checking email, but largely, I’ve been actually talking to people more, or texting, or using other channels as needed. And I feel like I’ve been more productive, less stretched-too-thin. 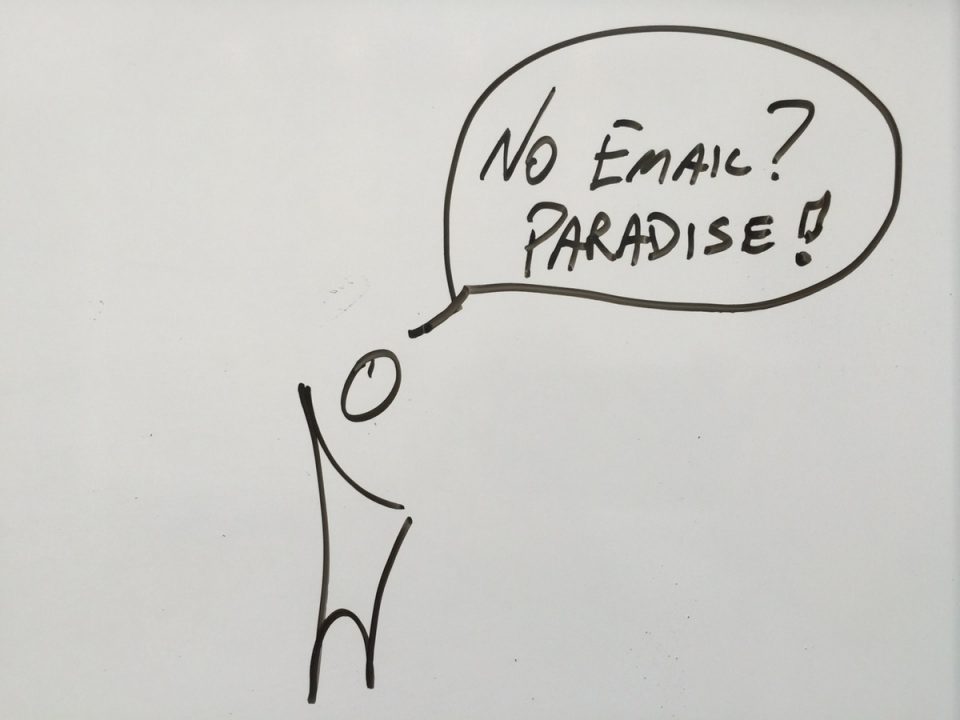 I need to learn from this. I’ve given email and calendar so much power that I’m basically just along for the ride. A robot, following the algorithm generated by the Exchange server. Be here at this time. Do this thing. Answer this question. Then go to this place at this time. I feel like I’d lost some autonomy, some control, some flexibility, although I was busy. So busy.

Yeah. I don’t want to be That Guy™. I need to untether, even after I get a shiny new email account this afternoon.

The other thing that happened this week - my Wahoo RFLKT bluetooth bicycle display died. It connects to Cyclemeter on my phone to show data (time/speed/distance/average speed/whatever), and I’ve loved it. But I’ve been riding without any live data this week. I still record the data using Cyclemeter on my phone, but I can’t see the data while I’m riding.

Again, I expected to be twitchy without the constant feedback. But, again, it’s been awesome. I feel more relaxed. I’m enjoying the rides more. There’s something about not having a constant stream of data running in the background. I don’t know how fast I’m going. Or what time it is. Or how late I am. I just focus on riding.

So. I’m thinking a lot about untethering. The data is still very important to me - for the bike, it’s motivating to have a record of the rides - for email, it’s how people communicate2. But I’ll be trying to take back some of the power I’ve given it.