What a great week. Started off by planning my goals for the year. It's going to be an epic year, both personally and for the department, and it's great to see things laid out (and with serious progress made across the board).

We had our Educational Development Unit ePortfolio retreat, where we started putting together the content for the department's ePortfolio. We're tying our activities to our EDU Strategic Plan, and making everything visible as a live ePortfolio. Lots of great ideas. Collaboration across the entire EDU. So good. 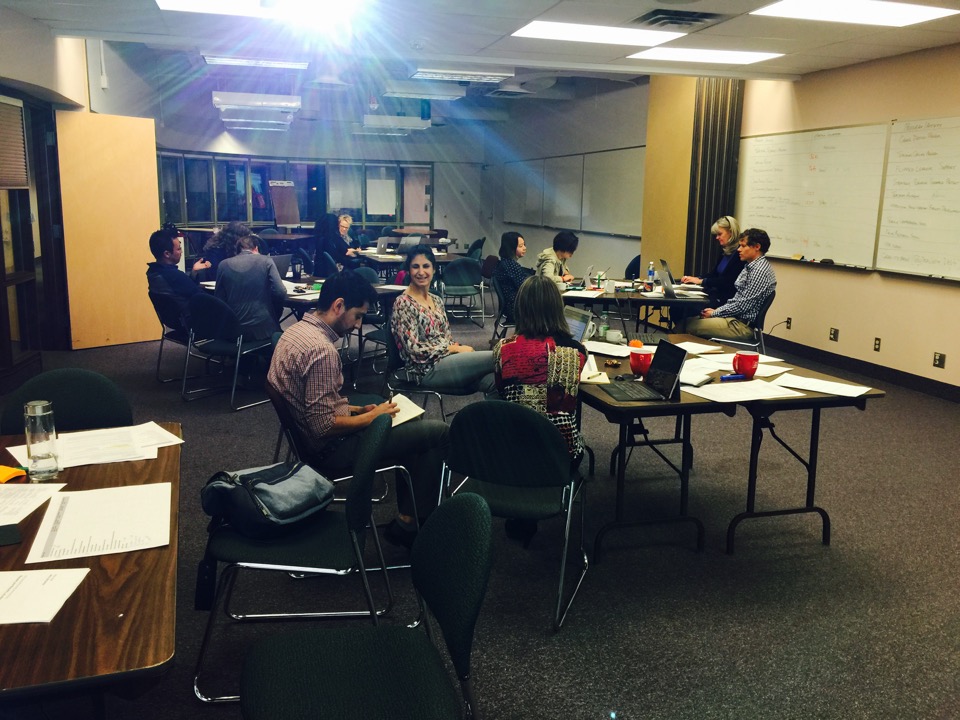 Early plans for our 2016 University of Calgary Conference on Postsecondary Learning and Teaching. This will be the fourth annual conference, and it keeps getting better every year. Some great ideas brewing for the next one. Can't wait! And, it'll be the first one to take place in The New Buildingâ„¢, so it should be interesting just for that.

Beakerhead. The official blurb is "Beakerhead is a smash up of art, science and engineering, where everyone is welcome!" - it's a cool, public, all-hands, city-wide event that turns Calgary into a centre of weirdness and awesomeness for a week each September. There were a few events on campus this year, including a workshop rehearsal of Clem Martini's in-progress script for The Extinction Therapist. Fantastic. Weird. Thought-provoking. 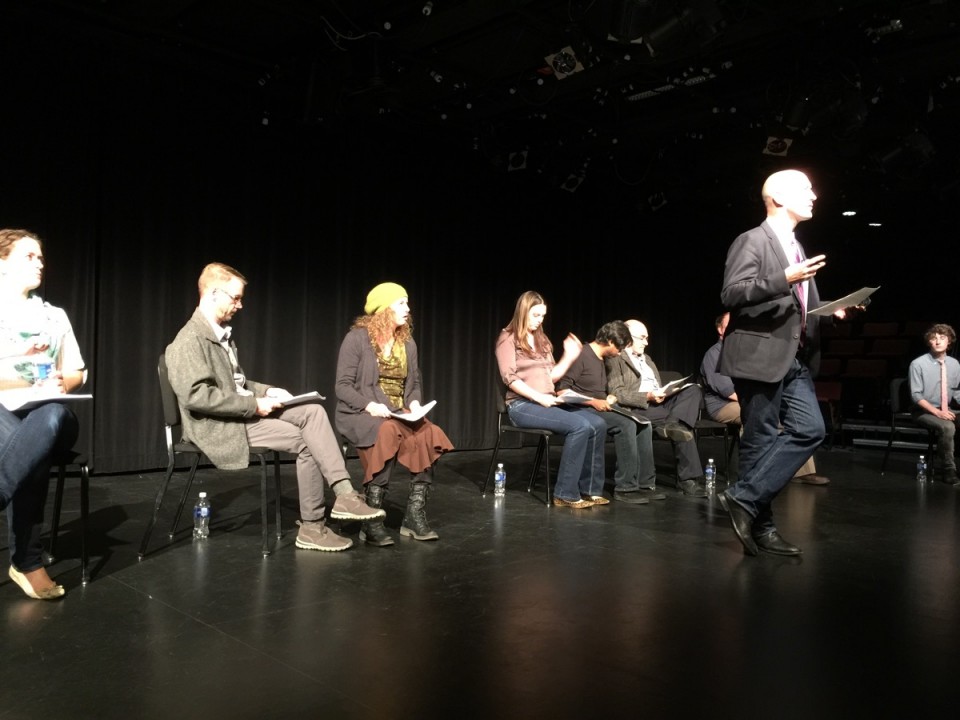 And an event on Bionic Fliers, where Festo came to talk about their biomimicry work, and show a prototype of a drone designed after a dragonfly - 4 fully articulated wings with 13 ? degrees of freedom. Amazing. And it flew. Briefly. Who knew, that the altitude at Calgary would cause issues for a flying prototype that works right at the edge of what's physically possible for flight? Awesome. Lots of things learned through that process. Can't wait to see next year's model. 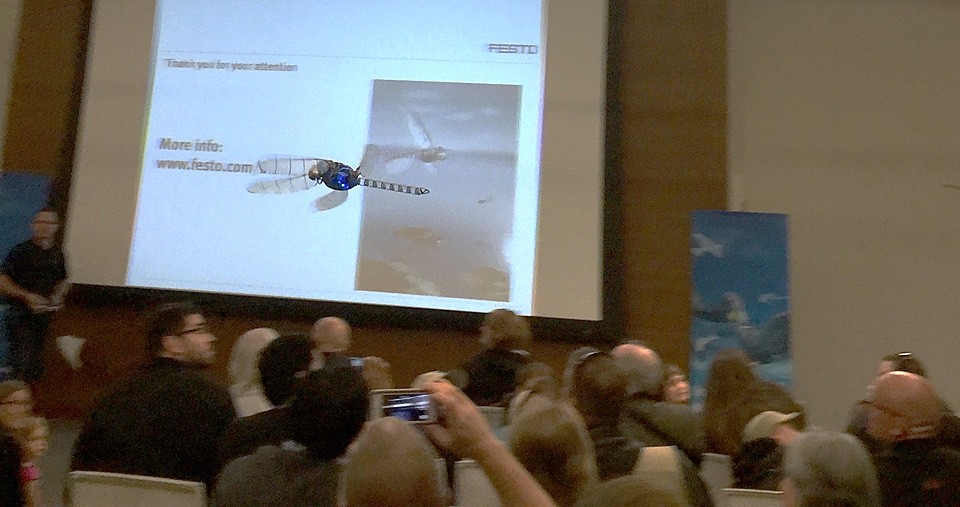 Then, my team volunteered (or was volunteered - #mwahahaha) to help with a school visit in our Taylor Family Digital Library. 80 grade 8 kids came to campus to play with various Maker kits provided by our Doucette Education Library. Arduinos. Snapcircuits. Mindstorms. And lots of other stuff. We worked with a group to plan, record, shoot, and edit a greenscreen video. None of them had ever done that, so it was fun for all. 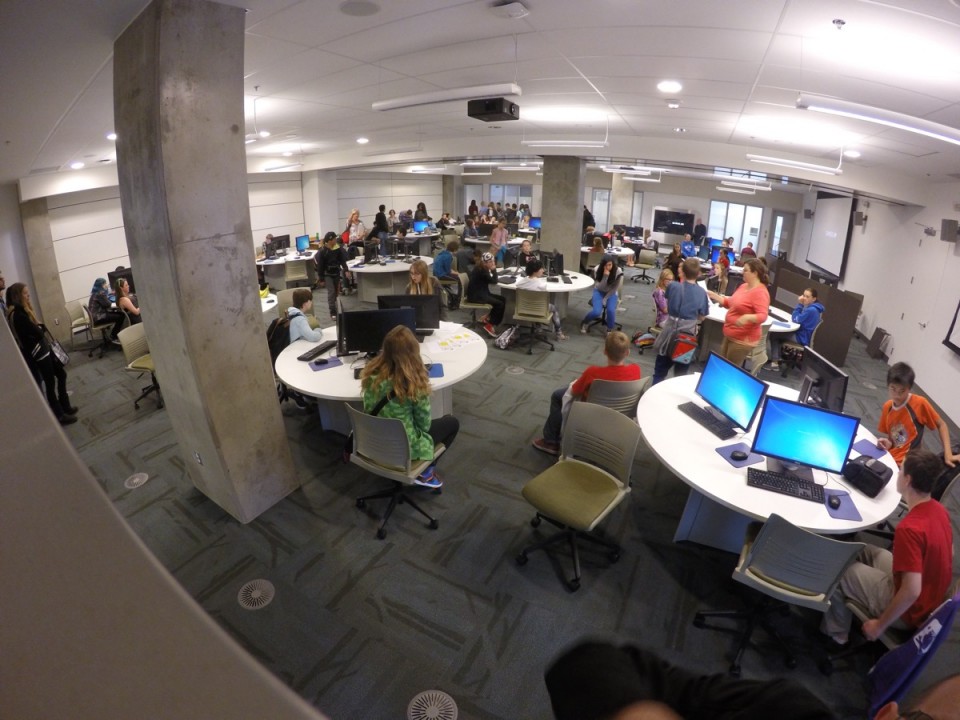 And finally, we got a tour of the new "active learning classroom" in our Haskayne School of Business. It's a brand new room - construction was completed only a couple of weeks ago - and it's fantastic. 10 collaboration pods, each handling 6 participants comfortably, so a class of 60 students can use the room for intense small group collaboration. It's really fantastic. Can't wait to see what people do with it - it's almost physically impossible to just lecture in the room, so it's going to be used for much more interesting and fun things.

This is the 52nd of these Week in Review posts. Wow. A whole year. I wasn't sure if I'd find it useful, or if anyone else would. Turns out, yeah. Both. I find it invigorating to take an hour each week to think about what we've done, what I've read, and about other stuff that's happened that week. A personal snapshot, but it seems to be useful to at least a handful of folks as well. Awesome. I don't know if I'll keep doing this - one thing I've realized, when looking at the archives, is that the number of non-week-in-review posts has dropped off. I need to fix that. Time to get back to blogging. Probably not to a Bava or Cogdog level, but more than simple documentation posts as well.